Are you in the mood for an angel love tale? I have a brand new short story — Dawn Chorus — out in Kraxon Magazine. Kraxon specializes in flash length science fiction and fantasy stories, 1000 words each. If you’re looking for a nice monthly dose of bite-sized fiction, check it out! 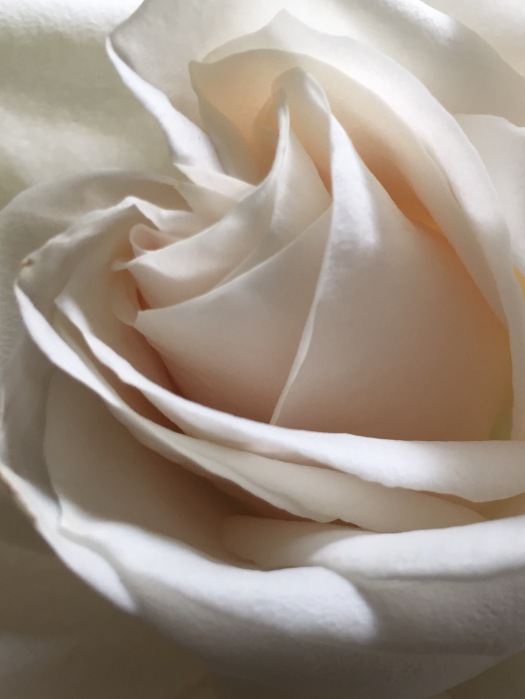 Wintry ski slope kisses (Avalanche, February 2017), a sizzling dark romance (And Then He, October 2015), and an exciting YA trilogy that concludes later this year; the writer life has been busy for YA and NA author Kim Briggs. Kim joins me on the blog to chat about her latest YA release, Starr Lost, Book 2 in the Starr Fall Series. The series centers on Starr Bishop, and the secret organization that has decided the teen would make the ideal assassin. Starr Fall (Book 1) was released in November 2016 with Inkspell Publishing. Starr Lost is a brand new January release. And look for Starr Gone, Book 3, in June 2017.

Juliana: Hi Kim, and congratulations on Starr Lost. In the first book, Starr Fall, we meet Starr and the Organization trying to recruit her, and see her go into hiding with help from moody and sexy Christian Evergood. Where does the second book take us?

Kim: Starr Lost brings the action into the series.

On the run from the Organization, Starr and Christian find safety on the Qualla Boundary with their friends, Ben and Coda, but Starr needs answers. She owes her dear dead friends, Sami and Jody, that much. She forms a team of her own to fight the general and his recruits.

Di, a mutual friend and anti-everything is a no-brainer, plus her Taser will come in handy. Frank, Starr’s BFF, will put his life on the line for her. Ben and Coda, not to be outdone by Starr’s friends, also swear their allegiance. Christian’s the only hold out. He knows what the Organization is capable of. He has the beaten body to prove it, but when Starr wants something, she gets it.

Now that the team’s together, everything should be perfect. Trouble is Starr loves Christian but so does Di. And Frank, well, he’s never been very good at hiding his love for Starr. Will his four-year long crush on her threaten the safety of the team?

Life becomes tense on the Qualla Boundary, sparks fly, and the Organization is about to smash in their door.

Juliana: Where did the inspiration for the series come from?

Kim: The inspiration for Starr Fall came in the form of a dream. I’m always chased by bad guys while I sleep—I blame an overactive imagination combined with consuming one too many action and adventure movies. One night I woke up in a cold sweat. A secret organization wanted me as an assassin. Me? No one wants to read about me, but Starr Bishop? That’s a character readers can get behind. I added Christian, because who doesn’t need some kissing and a dreamy hero in their life?

Juliana: A full trilogy in under a year! Could you talk us through the logistics of such a tight release schedule? How did you handle the writing and editing process?

Kim: I am insane and I don’t sleep. Actually, I wrote the story of Starr Fall in all its vomit draft worthiness about six or seven years ago. I broke it up into three books, that’s actually grown to four now, and rewrote and revised Starr Fall several times before I finally got it right. While I had Starr Fall out on submission, I started working on Starr Lost, so I had a very rough draft to work with last year after Starr Fall went under contract. As for Starr Gone, I had the skeleton of the story and busted it out under my inner deadline that wanted it out as close to the other books as possible. (Read COMPLETELY INSANE.) I am a sucker for series, so I want all the books ASAP. When you’re the one writing the series, that proves challenging, but I don’t like to be kept waiting and I don’t want my readers to wait either. So, who needs sleep when there are such things as soy chai lattes and chocolate?

Juliana: Continuing on from the last question, did you start out with the trilogy fully planned out? How much of an outliner are you? Or did you have a loose idea that grew in the writing?

Kim: I am a visual person, and many people will hate me for admitting this but the story arc for Starr Fall came to me fully formed. I’ve read so many series, and most of those series are fantasy, so the arcs of each book and the arc of the story came to me fairly easy. I just connected the dots (which sounds much easier than it is.) For my next series, I outlined and researched, and did all those things you’re supposed to do when writing a series, but often times, my characters take over and dictate where they want to go and what they want to do. They’re strong-minded pain-in-the-asses most of the time, but I’m okay with that.

Juliana: Besides Young Adult, you also write New Adult. Your NA novel And Then He goes down much darker paths. From your blurb: ‘Following a night of innocent flirting with a handsome stranger, Tiffani finds herself in the midst of a nightmare she can’t escape.’ Did you find it hard to transition between YA and NA? What were the main challenges in switching between target age groups?

Kim: Young Adult Fiction is my passion, my true love. Through Starr Fall’s storyline (and others in the works) I can create stories that readers devour. Young Adult fiction consumes me, but once in a while everyone needs a crush and New Adult fiction writing like And Then He and Avalanche feeds that need.

The biggest challenge I faced switching back and forth between young adult and new adult writing was whether I should keep my writer name or add a new pen name, but honestly, I already have my writer identity and my real life identity, and I don’t have time to create another identity. My time is also limited. I prefer to create new stories rather than creating new social media platforms.

Juliana: What’s next after the Starr Fall series? What are you working on at present?

Kim: I’m taking a break from Starr and her friends for a month or so (excluding edits for Starr Gone). I’ve been working on a young adult urban fantasy combining Celtic Mythology with werewolves. The Antigoddess by Kendare Blake meets Avril Lavigne, before she got pretty. (She was always pretty, but during her middle finger to the masses years.)

Juliana: Just for fun: if you were to be recruited by a secret organization, which of your skills or ‘super powers’ would they be after? (Mine would probably be my amazing ability to walk into furniture…because who wouldn’t want that on the team?)

Kim: Ha, I know, those sofas and chair jump right out at you. My superpower would probably be my stubbornness. I like to say that Starr wouldn’t shut up and made me keep coming back to her story until she got published, but my Ink Sister Alison Green Myers told everyone at Starr Fall’s book launch that I’m the one who’s stubborn and no one disagreed with her, so I guess my superpower is Stubbornness. I’ll take my cape in teal.

Juliana, thanks so much for having me!! I’m so glad we met at the NY SCBWI conference all those years ago. Has it been three years already? Wow! I also can’t wait for Heart Blade to come out so I can share the writer love with you!!

Find Kim at www.kimbriggswrite.com, INK Sisters, and on Twitter as @KimBriggsWrite. Starr Lost is available on Amazon, Kobo, Itunes, and B&N.

With Valentine’s Day approaching, and a serious need to distract myself from all the chocolate treats on sale, I started thinking about romance in science fiction and fantasy. I’m not talking paranormal romance, oh no, that would be too easy. I’m thinking about all the love stories that hide under action-packed tales, weaving their way delicately through the adrenaline surges and the blaster fire, the sword-work and the combat spells.

Take a good look at your favorite novels and chances are there’s a love story in there, somewhere.

Why is love a recurring theme in fiction, even if it’s quietly hidden away under an adventurer’s cloak? For one, it helps ground your characters. Along with pain, fear, and other easily recognizable and relatable feelings, love helps us understand a character and gives that character extra dimension and realism. Even if they’re a magic space knight. An underlying ribbon of romance also provides a secondary plotline that can run alongside the main plot, adding both tension and depth.

Is romance necessary in a novel? Of course not. But sprinkling those action scenes with a little of that loving feeling can be a whole lot of fun. I’ve chosen five fast-paced books with great love stories in them for anyone looking for a Valentine’s Day read. The chocolate treats are optional.

A fast-paced military fantasy novel with a killer love story to fuel it on, Myke Cole’s tale about a dead Navy SEAL who turns into an undead zombie warrior may not be an obvious pick for a romantic Valentine’s Day read. And yet the central core of the story is the death-defying love that Jim Schweitzer has for his wife and child. Full review here.

YA is full of wonderful love stories, and The Demon King and the subsequent books in the Seven Realms quartet are a perfect example. Cinda Williams Chima serves up everything you could possibly want in an epic fantasy series: high magic, low magic, warcraft, sieges, court intrigue, international politics… And of course, a fabulous romance too.

This one is a time travelling science fiction tale set in a bleak future. Sounds romantic, right? Not really? Wait until you meet James Griffin-Mars, a depressed chronman bent on self-destruction, who falls for a woman from the past and forfeits everything to be with her. Although Wesley Chu’s novel is packed with intrigue and exciting action sequences, at its heart it’s a love story.

How about adding a little fantasy noir to the mix? Francis Knight’s Rojan Dizon is a jaded, disillusioned P.I. with pain mage powers. But as he’s unwillingly dragged into a battle for civil freedom that he has no real wish to join, he finds love. Messy, unrequited, ill-fated love, but love, nevertheless. And this love is what keeps him going throughout this and the next two books in the trilogy, pushing him to make ever-harder choices and sacrifices.

Okay, you might say, now you’ve gone too far. Where, you might ask, in this veritable bloodbath of a novel, is the romance? But Sam Sykes does like a bit of loving, and he certainly doesn’t shy away from the sex scenes. Lenk and Kataria’s on-off flirtation is the one constant thing in this novel; whatever mayhem happens to be going on, we know that somewhere around the corner we’ll get another dose of the awkward love and even more awkward lovemaking that is part of the wonderful train wreck of their relationship.

Yes, I know you’ve probably watched the movie at least a couple of times, and can most likely quote from it with your eyes closed… But HAVE YOU READ THE NOVEL? Because, if not, get thee to a bookstore or library and please, please, please read this immediately. This is the ultimate swashbuckling, sword-toting, cliffhanging, magic-wielding love story: a quest for romance and the best kiss in all time. And it’s incredibly funny, too.

All that’s left to say is, enjoy!

*please consume chocolate products in moderation. or not. hey, it’s your call.*