Hi, I’m Juliana. I write stories. Some of them are long and full of adventures. Others are short enough to read over a cup of tea.

I was born in England but grew up in Brazil, where we had a parrot, and where marmoset monkeys traveled along the urban electrical wires like miniature tightrope walkers. Now I live in Connecticut, USA, in a neighborhood with a ‘bear crossing’ road sign and wandering flocks of wild turkeys. I have yet to live in a town with dragons, but I’m hoping to get there someday.

I’m a member of the SCBWI, NESFA, and Broad Universe. I’m a contributor at SFFWorld.com, where I occasionally write author interviews. I’m the co-director for the New England SCBWI 2020 and 2021 Spring Conference.

If you’d like to know what sort of writer I am, there are excerpts of my work under the Blade Hunt Chronicles tab and under Other Fiction/Flash Fiction. You can read some of my short work for free over on Kraxon Magazine. 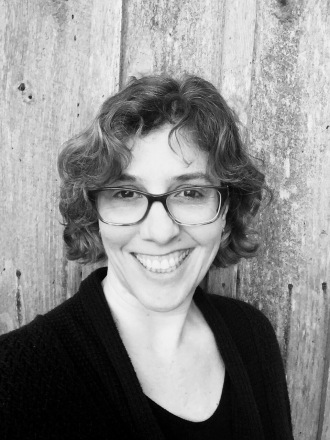 Juliana was born in London, England, but moved to São Paulo, Brazil at the age of eight. She grew up bilingual and bicultural. She studied Social Science at the University of São Paulo for two years before moving to London to complete a degree in Contemporary Media Practice at the University of Westminster. Returning to Brazil, Juliana worked for a year as Cultural Assistant at the Cultura Inglesa language school. She then spent four years at the Fundação Getulio Vargas business school working for the Public Management and Citizenship Program, an initiative in partnership with the Ford Foundation that studied local government innovations in a variety of areas such as health, citizenship, and education.

Since 2002, when her first child was born, Juliana has worked as an English-Portuguese translator. She has translated a number of art and travel books, besides academic articles and a wide range of other materials.

In 2012, Juliana rekindled an old passion for writing, focusing on middle grade and young adult science fiction and fantasy. She is the author of the Blade Hunt Chronicles (Heart Blade – Woodbridge Press, February 2017 and Night Blade, November 2017), as well as a number of short stories. She moved to the USA in 2013, and lives in Connecticut with her husband, two children, and dog. Alongside writing and translations, Juliana also works as an assistant in her local library’s teen room.

Five weirdly random things about me:

I began longsword lessons as research for my Blade Hunt series. I only meant to go for one session but ended up staying for over a year. Historical fencing is awesome! #HEMA

I once met the Queen of Denmark, Margrethe II. She was very sweet. I have a photograph of teen me in a hideous 80s floral dress with mahoosive shoulder pads, standing between the Queen and her husband, Prince Henrik.

For my 40th birthday I dragged my husband and kids on a caving holiday. One cave had a tiny tunnel entrance we had to crawl through to reach an underground whirlpool like a witch’s cauldron. In another cave, we waded along a vast underground river that reached up to our chests.

In my early 20s I travelled 13,000 kilometers with a group of friends to Ushuaia in Tierra del Fuego, and back to São Paulo, Brazil. Along the way we saw penguins, glaciers, crossed the Strait of Magellan, and crashed the car in the middle of a desert. I’ll never forget the sunset in Torres del Paine!

I own a small chunk of the Berlin Wall. I was a 17-year-old exchange student living in Denmark at the time the Wall fell. We visited Berlin a month later, and I cut out a piece with a chisel borrowed from a young American preacher with an armful of bibles.