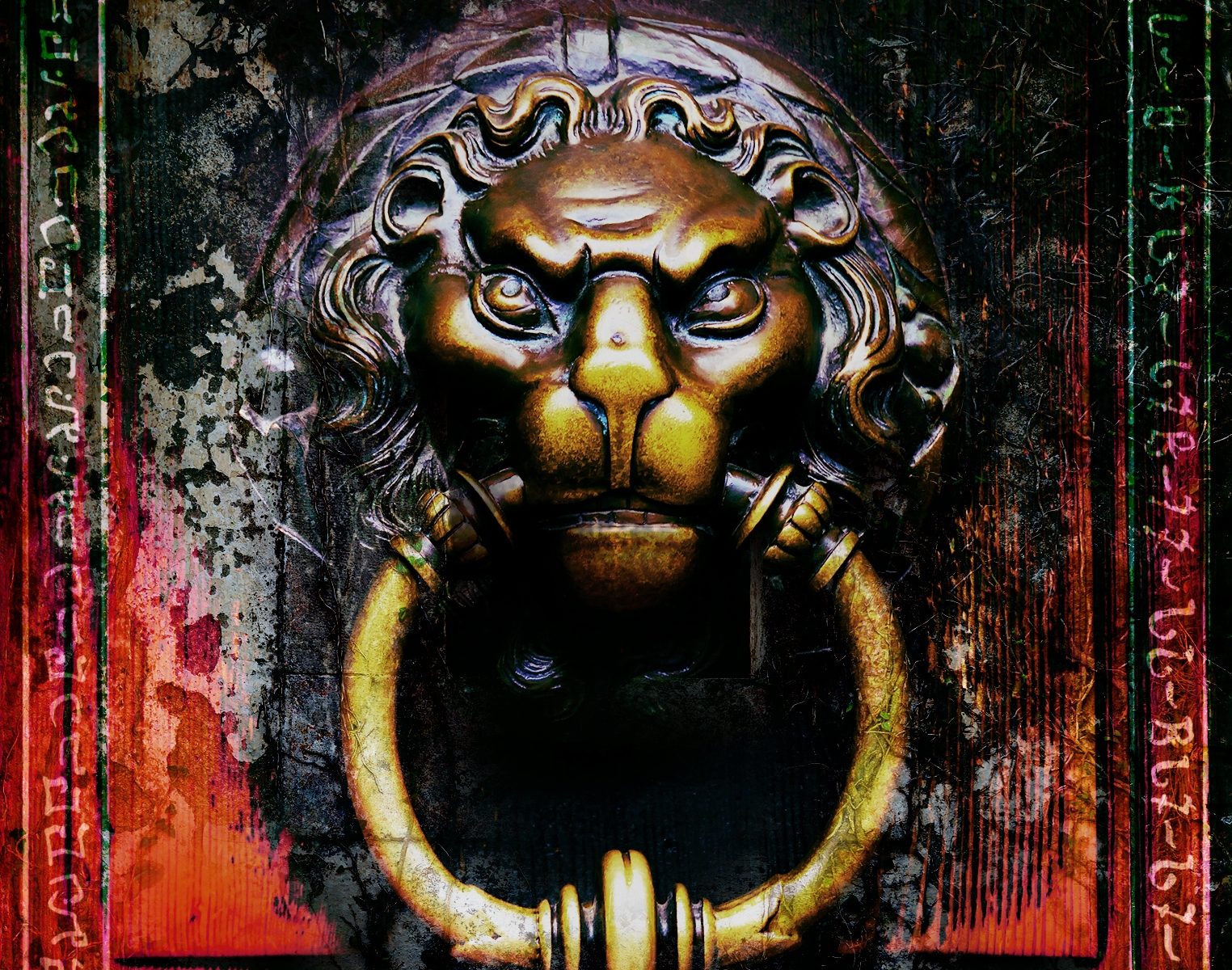 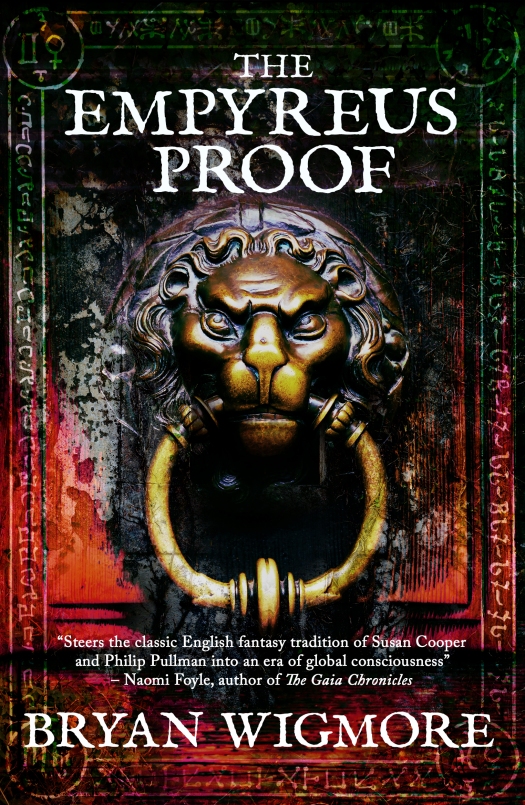 If you like your fantasy novels to be gorgeously lyrical and lavishly unique, look no further than the Fire Stealers Sequence by Bryan Wigmore. The first in the series, The Goddess Project, was released in 2017 to great reviews. Snowbooks has just released the sequel, The Empyreus Proof.

Bryan’s complex storytelling takes us on a journey through a fascinating world of magic masquerading as science, where civilizations are poised on the brink of war, and the characters race to find the truth behind the lies they have been living before it is too late. The Empyreus Proof begins shortly after the end of the first novel and introduces new depths to the Fire Stealers mythology, besides broadening the reach of the saga. Bryan joins me on the blog to talk about writing, inspiration, and pesky opinionated otters.

Juliana: Hi Bryan, and welcome! How does it feel to have two books out of the nest and into the wild?

Bryan: Thanks, Juliana. It certainly gives me a bit of a glow to go to visit my Goodreads or Amazon page and see more than one cover there, like a real writer! Coming up to publication, I was a bit nervous about ‘second-book syndrome’, but from early reactions I seem to have avoided that, which is a relief.

Juliana: Talk to me about your stunning cover art. Did you have any say in the process?

Bryan: Yes, I worked quite closely with Emma Barnes of Snowbooks on the cover. I was originally trying to come up with something that suggested a journey, and a city (both the 1900-style one of Bismark, and the other world of the Shining Ones), but that proved way too ambitious. Almost in desperation, I thought of a lion-head door knocker, which both features in the book and links symbolically to other elements (a lion is one of the two Empyreal animals, for example). And when Emma found the brilliant photo and worked the design around it, I was absolutely thrilled with it. I still am.

Juliana: Which of your characters gives you the most trouble? And why? And who is the easiest to write?

Bryan: Probably the two I have to think most about are Orc and Geist. Geist is older and more experienced and impressive than I am, so I have to consciously embiggen my psyche when I write him. And Orc is sometimes difficult because he can be a bit nebulous, especially in this second book when his identity crisis deepens. Easiest without a doubt is Tashi. I just seem to fall into his character, and his viewpoint voice changes without my having to think about it. Surprisingly for someone brought up to suppress emotion, he seems to speak everything with so much feeling.

Juliana: I think one of the biggest themes in your work is identity, with characters struggling to find out who they are (quite literally in some cases) and what is their place in the world. Why the fascination with this issue?

Bryan: It probably comes from two sources. One is that (it seems to me) I didn’t develop a strong sense of identity as a teenager, the classic time for doing so. It’s still not as fully formed as I imagine other people’s to be. I suppose ever since I’ve been wondering if that is a good or bad thing, and what it might feel like to have a well-developed sense of self, or even whether other people have as much of one as I think. Plus, for a long time I was fascinated by questions of large-scale identity: where we come from, what our existence means (if anything) and so on. That explains why many of my characters have both things going on, to some extent: the personal identity issues and the existentialist ones. I am amazed more of them don’t go insane.

Juliana: Although I loved the novel, I was sorry that in The Empyreus Proof we didn’t get the amazing diving scenes from The Goddess Project. Do you aim to get Orc back into the sea eventually?

Bryan: Cass certainly gets back in the sea in the third book, and discovers things there that she really would rather not know. I do aim to get Orc back in the water, too, but the water might be fresh rather than salt. I’m happy there was a break, though – I loved writing the diving scenes, but the dramatic possibilities of freediving aren’t infinite, and I felt I’d come close to overdoing it in the first book. (Though readers have told me otherwise!)

Juliana: Your character Otter, an animath and one of the ‘Fire Stealers’, is easily a fan favorite. (He even has his own Twitter account (@fire_stealer) and can usually be lured online with generous offers of salmon.) The Fire Stealers have clear shamanic ties, but where did the inspiration for Otter in particular come from? Or did he spring ready-formed from your world’s ‘psychosphere’?

Bryan: No, he sprang ready-formed from my own shamanic exercises, though ‘my’ Otter doesn’t speak. Actually his voice came about when I was instant-messaging a friend over ten years ago. I started chatting as Otter, and his irreverent voice came naturally. I carried it over into the books.

Juliana: Where do Orc, Cass, and Co. go from here? Are there any spoiler free details you can give us for the next book in the series?

Bryan: The next book, The Mandala Praxis, largely takes place in a land that hasn’t been visited in either of the first two books, and the crew get involved in the resolutions of a decades-long plan to change the world. All six Fire Stealers will make an appearance, as well as two other, much larger animaths that are more powerful, and more dangerous to their humans, than any before.

Juliana: Are you working on anything else right now?

Bryan: Yes, in tandem with The Mandala Praxis, I’m writing Earthwyrms (which is probably the series name), a young adult novel about a group of teenage environmental activists battling a cabal of black magic users trying to poison the land’s energy matrix.

Juliana: Wow! That sounds amazing! So, what are some of the things that inspire your novels? Movies, music, books, art, places… anything goes!

Bryan: It seems to be split between Japanese games and anime, for example Final Fantasy VII and Fullmetal Alchemist, and non-fiction books. Three of the latter that have influenced the Fire Stealers series have been Camille Paglia’s Sexual Personae, Karl Theweleit’s Male Fantasies, and Ken Wilber’s Up From Eden. But I don’t think my books are as highbrow as theirs!

Juliana: One for fun — if you could spend a week in any of the locations in your Fire Stealers novels, what would you choose? And who or what would you bring along for company?

Bryan: From the two books so far, I think it must be the island in The Goddess Project. Ancient sites to explore, underwater ruins to freedive in, forests of maritime pines to wander in — it sounds ideal! I’d take Otter, of course, a couple of friends, and a robot butler to keep the picnic tables loaded.

Juliana: That sounds like a good choice. Of course, any place with Otter in it is bound to be entertaining… Bryan, thanks for sharing your answers, and congratulations on the new book!