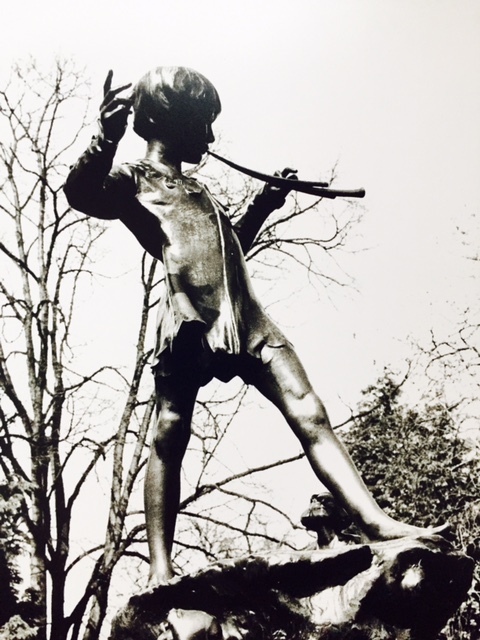 I’ve loved Peter Pan since I reread it as an adult and realized what an incredibly versatile tale it is. It’s one story for children, another for teens, and a completely different one for adults. That this apparently simple narrative is actually so nuanced and layered is, quite frankly, amazing.

J.M. Barrie’s classic, published first as a play and eventually as a novel in 1911, has inspired countless other works, from the literary to the cinematographic (and probably everything else between). How can we not be touched by a book that offers us swashbuckling adventure, mermaids, fairytale magic, and a neat sideline on growing up?

It’s no surprise that I love a movie retelling of Peter Pan. Whether a straight-forward interpretation such as Disney’s 1953 classic, or one that twists the theme like Spielberg’s 1991 Hook, starring Robin Williams as a grown-up Peter returning to Neverland, there’s always more magic to be found in the never-ending pixie dust well of Barrie’s words.

I even love the spin-offs, such as Disney’s Tinkerbell movies. Or the ones that only borrow obliquely from the source material, like the fabulous 1987 vampire flick directed by Joel Schumacher, The Lost Boys, where a vampire boss searches for a mother for his tribe of undead ‘children’. And yes, I know, spoilers, but if you haven’t watched this movie by now WHAT IS WRONG WITH YOU?

Two of my current favorites, however, stay close to the original story while adding their own particular brand of magic. The first is the gorgeous 2003 version directed by P.J. Hogan. In Hogan’s Peter Pan, Wendy Darling (played beautifully by a young Rachel Hurd-Wood) is a feisty girl who would rather play pirate than do that terrible thing called ‘growing up’. When she’s whisked off to Neverland by Jeremy Sumpter’s Peter, she’s tempted by precisely both these things: a pirate’s life of adventure alongside Captain Hook or the beauty of her first kiss, even if it means taking a step in the dreaded direction of womanhood.

The second is the recent Pan (2015), directed by Joe Wright and starring Levi Miller as perhaps the most charming Peter I’ve ever come across. This one’s a prequel to the original, and yet it fits seamlessly with the tale we all know and gives Peter Pan new dimensions and a great backstory. It’s a truly enchanting take on the book and well worth watching, even if just for the images of a flying pirate ship evading the anti-aircraft guns during the London Blitz of World War II. And Hugh Jackman’s Blackbeard leading his men in a rendering of Nirvana’s Smells Like Teen Spirit was a real laugh out loud moment.

Why does Peter Pan endure so well? Maybe it’s the pirates, or the fairies. Maybe it’s the lure of never, ever growing up. Whatever the reason, the story, in all its different forms and versions, still touches us over a hundred years later. So choose your favorite, set your armchair coordinates for “second star to the right and straight on ’til morning”, and forget the world, just for an instant.