Tickety Boo Press is on fire! Well, not literally, since that would be tragic and not something to celebrate here on the blog. Launched on 30th January 2014, the UK-based publishing house is quickly becoming a busy, busy hive of all things speculative. Do you like science fiction? Try Ralph Kern’s Endeavor. Maybe a little space opera? Have a peek at Jo Zebedee’s Abendau’s Heir. Prefer fantasy? No problem. Teresa Edgerton can tickle your taste buds with Goblin Moon and its sequel, Hobgoblin Night. How about a dash of romance, or even gaslight? Give Indigo Heartfire by Jo Marryat or Oracle by Susan Boulton a try. And if you’re looking for darkly delightful, then the Biblia Longcrofta by Simon Marshall-Jones may be your cup of tea. TBP isn’t afraid to tackle any sub-genre.

The brave and motivated guy behind Tickety Boo Press is Northumberland native and proud basset owner Gary Compton, who juggles the roles of acquiring editor and graphic designer far more skill and aplomb than I could ever dream of. And Gary, himself a speculative fiction writer, is getting ready to add author to that list of achievements. Tickety Boo is very much a family business, with Gary’s daughter Emma taking charge of author royalties and the selection of US and UK-based editors, among other tasks.

I’ve followed Tickety Boo’s journey from the very start, and have always thoroughly admired Gary’s openness in discussing his ideas and plans, his sensitivity toward his authors, and his willingness to consider suggestions and constructive criticism. So when I decided to tackle small press publishing in my Spotlight series, my thoughts naturally turned his way. With 12 published novels and anthologies in 18 months, Tickety Boo is fast becoming a force to be reckoned with.

Juliana: You’re probably tired of answering this by now, but why start your own press? What were your personal motivations?

Gary: I have always run my own businesses since 1983 and feel I am virtually unemployable in the real world. I could not just be satisfied being a kitchen fitter. I had to have my own kitchen company. Once I had that, I wasn’t satisfied just buying the cabinets, I had to make them – hence a fully operational, innovative cabinetworks where we machined the rawest of materials into beautiful bespoke cabinets. I am very much hands on, so that’s the reason I do as much as I do.

Juliana: In this world of big corporate publishing, where do you feel that small presses like Tickety Boo fit in? What is the role of the independent publisher among all the big fish?

Gary: Good question. I think publishing is changing and I think Tickety Boo has some ideas that if successful will shake it up a little. But to answer your question – quality of the words/books and sales are the only things that matter. There is no point in creating activity just to massage mine and the author’s ego. So every book is taken on with the goal of selling a lot and making the press and the author some hard-earned cash

Juliana: TBP has chosen so far to stake out a spot in a particular market niche, that of speculative fiction. Do you feel it’s important for the smaller independent publisher to specialize, or do you have plans to eventually branch out into other genres?

Gary: We will be branching out. We have an imprint planned for crime and thrillers. You heard it here first. It will be called Homicidium. That’s Latin for murder. So watch for an announcement on that. Also Romance is being discussed between the team.

Juliana: Are there rivalries among smaller independent publishers?

Gary: I haven’t come across any rivalries. Ian Whates helped me immeasurably in the early days, and Simon Marshall-Jones at Spectral and Graeme Reynolds at Horrific Tales have also helped a lot.

Juliana: And following on from the last question, how important are partnerships and networking?

Gary: Massively important! You are building a brand and you need friends and acquaintances to buy the books and hopefully share your news as well.

Juliana: Starting out from scratch must have meant a pretty steep learning curve. What do you feel have been your biggest hurdles so far?

Gary: Yes for sure. I could write a book on my mistakes. I think getting the systems in place so authors have access to their sales data and to make sure royalties are paid on time. My daughter takes care of that but I watch over it on behalf of the authors who can message me at any time with queries or requests for updates. You have to remember, I am doing a lot – covers – formatting, editing – marketing etc. It’s a lot of work so if I have forgotten to do something I prefer it if the authors give me a nudge rather than festering on my incompetence. So lots of mistakes, but Rome wasn’t built in a day.

Juliana: What are the best things about running a publishing company? The stuff that makes it all worthwhile?

Gary: My most favorite job is doing the covers. I love that. It satisfies my natural desire to be creative. I also like finding new talent.

Juliana: Would you like to tell us about some of Tickety Boo’s upcoming projects?

Gary: Well, in October we have Erebus, which is the second of the Sleeping Gods novels. Endeavour, the first, has been our most successful title in terms of revenue. Ralph is great to work with. He’s tough but honest. We also have the second book from Ian Sales: his first book, A Prospect of War, has done very well too so I am looking forward to that. Also a previously unannounced Space Opera: coming out in October/December is Uncommon Purpose by P.J. Strebor. There are ten books in this series and so far the editorial team have waxed lyrical about it. There was a virtual fight between the editors to get the job. Thankfully, it has just been edited by J. Scott-Marryat so it’s in great condition, and Teresa starts on it 1st September, so hopefully she will add value.

Juliana: Who are some of your own personal favorite authors? Not Tickety Boo authors; I’m not that cruel to make you choose among your ‘children’!!

Dan Brown is my favorite and Martina Cole not far behind.

Juliana: Thank you, Gary, for giving us a tiny peek behind the curtain. I look forward to all the new releases, and to continuing to see Tickety Boo Press grow and expand.

You can find more information on Tickety Boo Press books on their website, Ticketyboopress.co.uk, as well as submission guidelines for both novels and anthologies. Follow Tickety Boo Press on Facebook (https://www.facebook.com/GSCompton) and Twitter (@GarySCompton) for launch and submission updates and sales promotions. 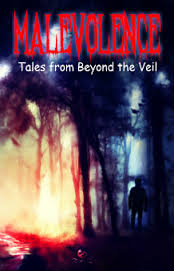 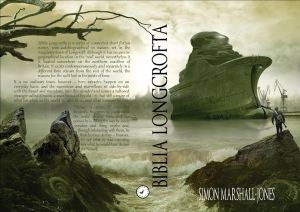 Spotlight is a monthly blog feature. Check out July’s Spotlight on Writing Local Flavor with Jo Zebedee and Anna Dickinson. Next up in September: Spotlight on Imagining the Future.